Ash went 105 / 55 / 125, less than she was hoping to hit on the day. Nerves and the length of a full meet got the better of things on the day, as well as some close calls from the refs (not that there’s anything wrong with that – strict judging is good for the sport!). Having said that, Ash has improved her bench technique a great deal and we have an idea of what to work on going into our next training cycle.

Deb went 125 / 52.5 / 125, nabbing a tasty squat PR. This comp was her first after 18 months rehab from having both hip labrums repaired, and so we knew going in that it would be a conservative effort. Narrowly missing 55kg on the bench and 130kg on the deadlift, the 52kg class was a great fight right up until the last deadlifts – this was by far the best aspect of the comp in my opinion. You can’t beat in your face competition! 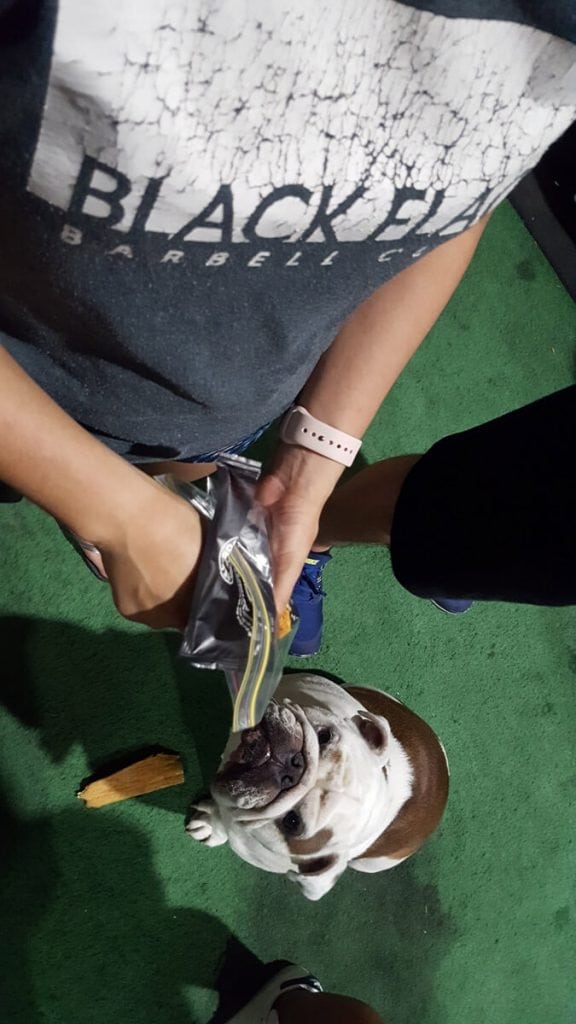 Any gym worth it’s salt will have a few gym dogs around, Warrior Performance is no exception

Matt the Elder had a great day, going 210 / 110 / 200 for a few PRs. Matt trains twice a week due to a busy work/family balance (five kids will do that to you) and is a beacon of discipline. The only reason he misses a session is that he is a) close to death or b) in another state/country. A lot of young lifters could learn a lesson or two from the fact that despite only training 2x a week, PRs across the board – consistency and intensity wins the day.

Christian also had a rough day on the platform, although despite this managing to come away with two PRs – 185 / 110 / 190. Going 4/9 lifts on the day is definitely never a planned event, however it has definitely pointed out some truths that if taken to heart will only make for a better lifter – you can’t ignore your food being #1. Despite all this, Christian fought for every lift and learned some key things to take into the next training cycle. 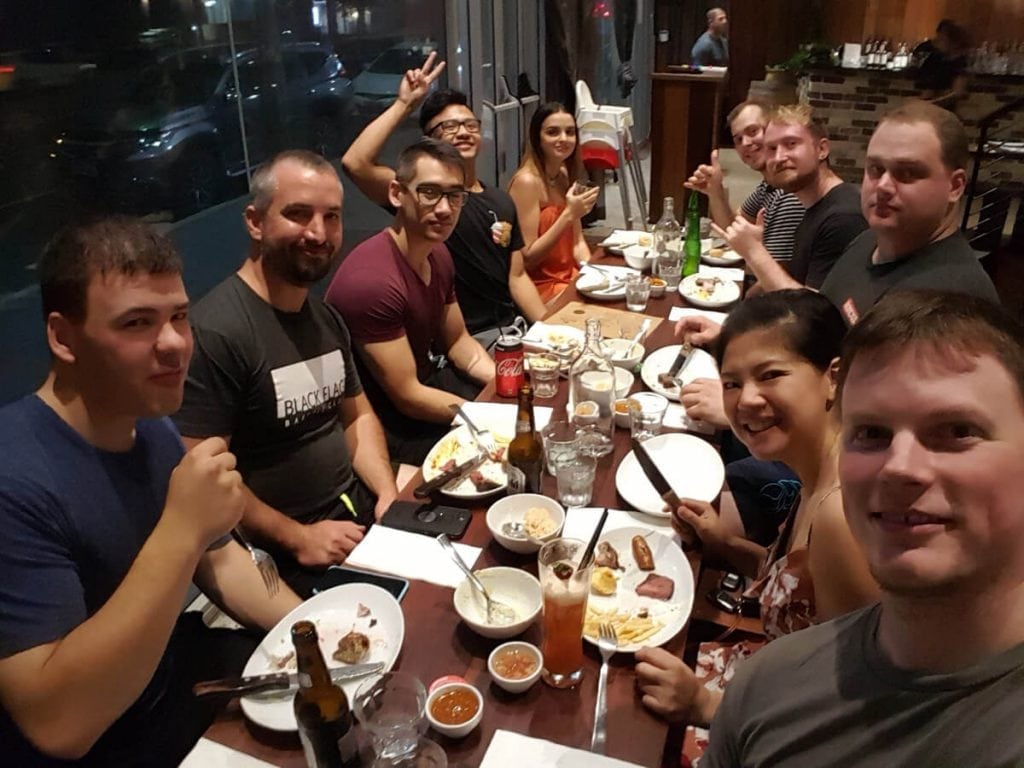 And every competition must be finished with the traditional post comp feed!

Jack the Younger had a cracking day on the platform, going 195 / 107.5 / 200 for PRs across the board. Jack really prioritised the fundamentals this prep and his results showed it. There were definitely some crummy training sessions and dummy spits along the way, but ultimately Jack has come out of this training cycle a much better lifter technically, mentally and it showed with good ol’ fashioned weight on the barbell!

Stefan had a good day going 275 / 140 / 240. Where to start with the big man, this prep has been up and down to say the least! With hip issues, shoulder issues, confidence issues… it was all happening. Towards the end of the training phase we started to find some momentum, and despite a bit of wavering on doing the comp we committed to the event and I couldn’t be happier with how things went. The length of the day took away a few kgs on the deadlift, but Stefan smoked 275 to the point of being an opener and almost gave the 140 bench to the head ref it was that fast. Looking forward to keeping this momentum going into the next phase! 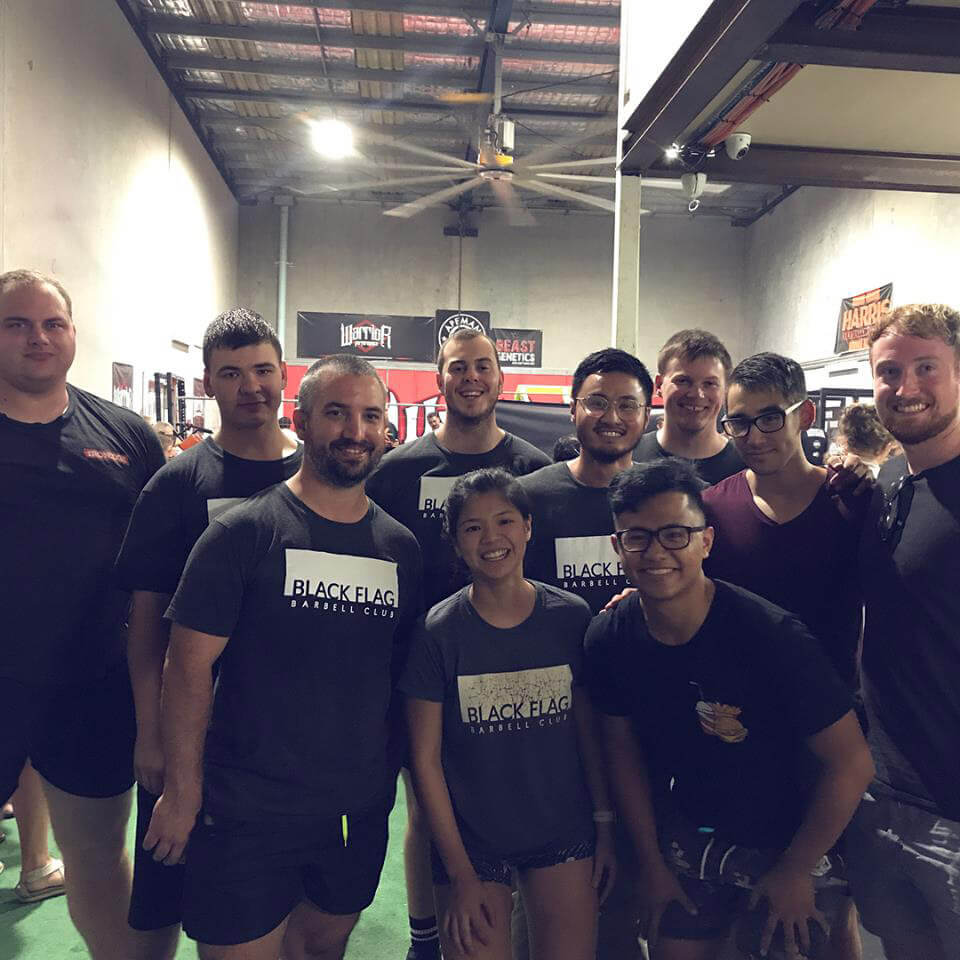 Special thanks to Zach, Ruanne, Dan, Campo, Brett, and Bianca for coming out and supporting the guys on the day, as well as everyone else I’m forgetting and all the well wishers.

A big thank you must also go out to Warrior Performance for putting on a great comp, I’m sure we’ll be back for another! If you’re down near Caringbah, they have a great facility – check em out.

I didn’t catch every lift as it was a busy day, however you can see some of the lifts in the video below. Powerlifting is an individual sport, but it’s damn sure more fun as part of a team. If you’re around the Castle Hill area, and want to get strong with a great crew – send us a message and let’s do this thang!