Having a great community is something that every gym strives to achieve, and usually features as a core part of any branding / advertising. There’s a good reason for this – people want to ‘belong’ to something. That’s why a lot of people feel awkward/nervous trying out a new gym, or joining a sports team where they don’t know anyone, or going to a party and being left alone for a while. Sometimes that anxiety stops people reaching out and trying those new things at all.

We have a relatively small community, roughly 32 members at the time of writing this post. We are pretty tight knit – the training crews all chat to each other during training, say hello and goodbye, and in general are mates. This is awesome, because training with mates is the easiest way to make training fun.

But the thing that constantly surprises me is how willing to pitch in everyone is. We have had members bring in equipment for us to use (thanks Aaron, Mark, Matt, other Matt, George). I have had people open up / hang around when I couldn’t, to ensure we got deliveries or could be open for training hours (thanks Stefan, Jordan, Adam, James). Countless people have helped put together bits and pieces, move over from the garage originally, etc (thanks to pretty much everyone!). I’ve also had a few people pull me aside when I was letting things slip, and they’ve been honest with me about it not being good enough (I’ll leave these anonymous, but I really do appreciate it). Let alone the volunteers to help when we put on competitions (again, thanks to pretty much everyone).

All this for a little warehouse gym, where we lift some heavy things.

Last Sunday, Mitch and Alex were coming up with Mitchs’ ute to help me grab a cable crossover. Unfortunately, things didn’t pan out with the seller and we left empty handed. By the time we got home, it was already 1pm. They hung around and literally helped me search gumtree, ebay etc for another cable crossover that might be available. After nothing turned up, they helped get the pec dec (sigh) out from under the house, cleaned up, into the ute and into the gym. This included a quick run to Bunnings after we discovered we had lost some bits and pieces.

These guys literally gave up a Sunday to help me out. That’s community. Being there for your crew, in training and outside of it. Sure, we aren’t the biggest gym. But we’re full of fucking awesome people, and I couldn’t be more grateful for it.

You hear it all the time, but it’s more than just a gym. Family, crew, #squad… whatever you call it, you don’t truly understand until you’re part of it. It’s bigger than powerlifting, strongman and lifting weights – although that’s what brings us together.

Thanks to everyone who has helped along the way, it really means the world. Hope to have many more great times with you all. 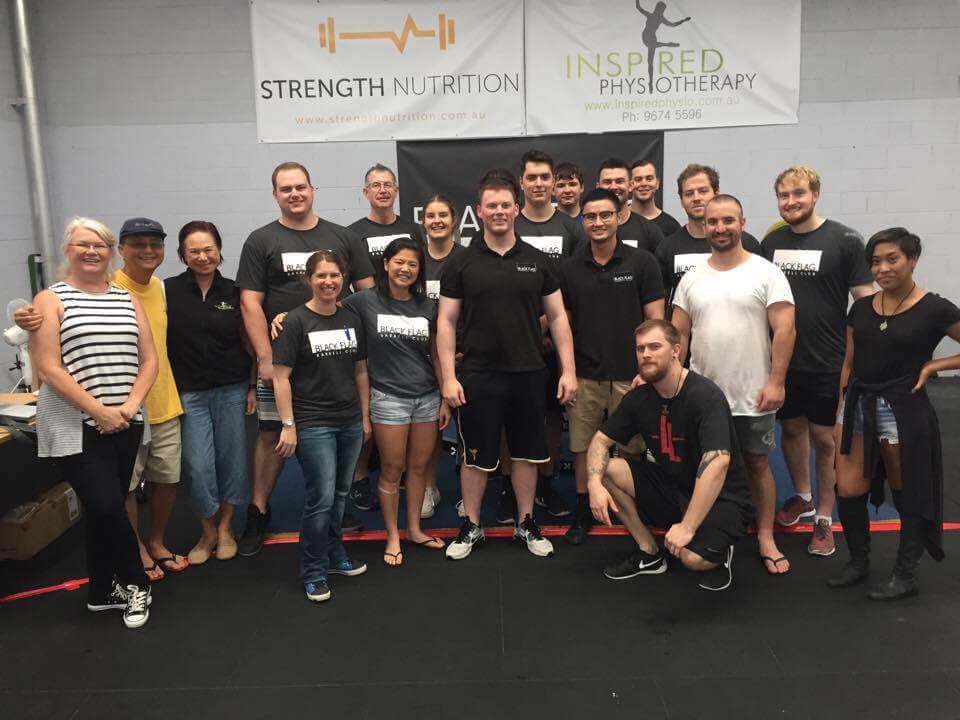