Atlas stones are awesome, you should lift some

Home > Blog > Atlas stones are awesome, you should lift some

Atlas stones are awesome, you should lift some

It can be pretty difficult to find a gym with strongman equipment, although they do exist. It’s well worth your time finding one if you have an interest – strongman events/training are honestly some of the most fun you can have with your lifting.

Of all the strongman events, atlas stones are perhaps the most iconic. Big, heavy balls of concrete that you pick up off the ground, and put on or over a platform of some kind. Sounds delightful, right? Hell yea it does. Nothing makes you feel more badass than picking up a big ol’ rock and showing it who’s boss.

Atlas stones have a deeper history than a bored tradie who decided to practice his concrete skills though. ‘Manhood stones’, as they were known, were quite common in parts of the world (such as Scotland and Iceland) back when mankind was not so civilised. Often they were used to determine if you had earned your right to be a man – as in Scotland, where lifting the stone was required to go to war, for example. In Iceland, stones were used to determine if you were strong enough to work on the fishing boats and what size share of the profits you would receive – the stronger you were, the more useful you were, the more you got paid.

In Castle Hill, we just use them to get strong and have a good time. Atlas stones are a difficult thing to lift, there’s not much grip (if any) and they’re big and awkward. As such, they use a tonne of muscle to move! Your legs, your arms, your back, your core… it’s all getting involved. There’s also something awesome about tapping into that old school feeling of proving your worth. 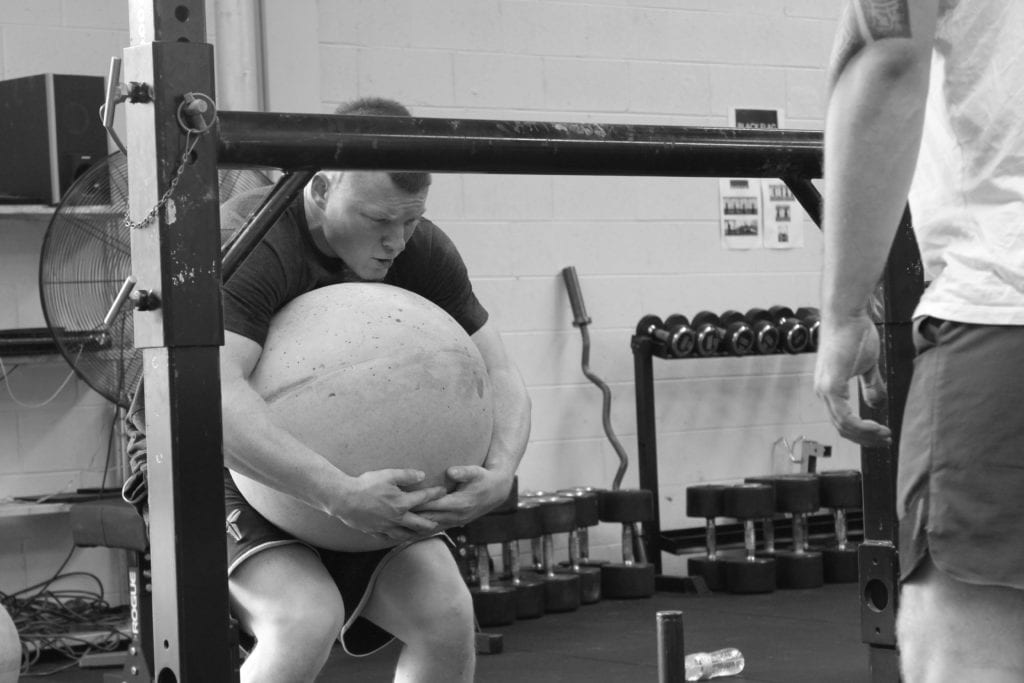